My office in the Cambridge Centre for Quantum Information and Foundations is on the ground floor of Pavilion F of the Centre for Mathematical Sciences.

These are my main current research interests. Most of my papers on these subjects are on the physics arxiv. Some of the research topics I've worked on, and relevant papers and talks, are described below. (These descriptions and lists are incomplete: work in progress. Note that some papers belong in more than one list.)

My talk on relativistic quantum cryptography at QCRYPT 2012 is here. Our collaborative paper
on an experimental implementation of bit commitment using quantum information and relativistic signalling constraints was presented at QCRYPT 2013. 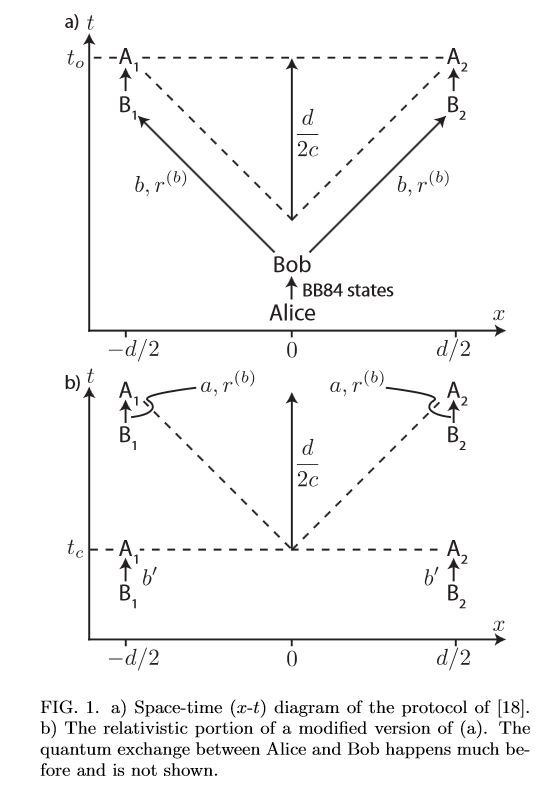 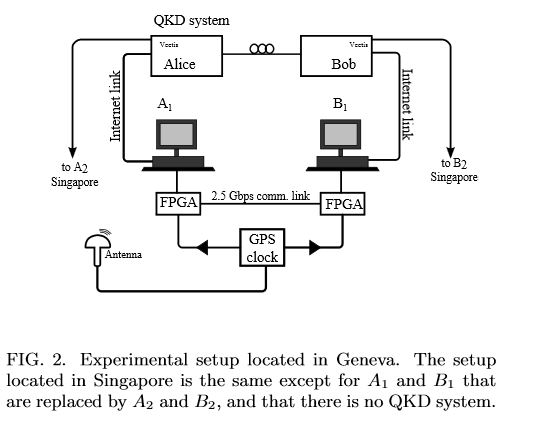 The paper Experimental bit commitment based on quantum communication and special relativity
describes a collaboration between experimentalists and theorists based in Geneva, Cambridge and Singapore to implement (a variation of) one of my protocols for bit commitment using quantum information and relativistic signalling constraints and to analyse its security under realistic practical conditions.

Another group also recently experimentally implemented my protocol on a smaller scale; their work is described here .


Quantum Key Distribution with security based (only) on No-Signalling

Our results on unconditionally secure device-independent quantum key distribution with only two devices were presented at QIP 2013. Here are the slides of Roger Colbeck's talk.

Roger Colbeck's talk at QCRYPT 2012 on our joint work with Jonathan Barrett on memory attacks on device-independent quantum cryptography is here.

Commentaries The MIT Technology Review blog's report on the above work. Note our author correction letter published below the original article. (The originally posted article wrongly suggested our attacks apply to all types of quantum cryptography rather than specifically to device-independent implementations by parties who cannot rely on any property of the quantum devices they are using).

A piece by Gilles Brassard in Nature on this topic is here. (Link requires subscription.)

Erika Andersson and collaborators have invented some very interesting schemes that use quantum information -- or data generated from quantum information -- to securely sign messages. Their schemes have significant security and efficiency advantages over earlier quantum digital signature schemes, and are well adapted for practical implementation. I was happy to join them in developing some of this research further:
Quantum digital signatures with quantum key distribution components
Secure Quantum Signatures Using Insecure Quantum Channels


Other Work on Quantum Cryptography


Many Worlds Quantum Theory and its problems

Many Worlds? Everett, Quantum Theory, and Reality was published by Oxford University Press in June 2010.

More information can be found on the book's amazon page.


Unlike the other editors, I'm sceptical about whether many-worlds quantum theory can actually be made into a well-defined and scientifically useful theory, and one of my contributions to the book is the question mark in the title.

Another is my chapter One World Versus Many, which includes an extended critique of recent attempts to make sense of Everett's many-worlds ideas.

What would it mean to apply quantum theory, without restriction and without involving any notion of measurement and state reduction, to the whole universe? What would realism about the quantum state then imply?

This book brings together an illustrious team of philosophers and physicists to debate these questions. The contributors broadly agree on the need, or aspiration, for a realist theory that unites micro- and macro-worlds. But they disagree on what this implies. Some argue that if unitary quantum evolution has unrestricted application, and if the quantum state is taken to be something physically real, then this universe emerges from the quantum state as one of countless others, constantly branching in time, all of which are real. The result, they argue, is many worlds quantum theory, also known as the Everett interpretation of quantum mechanics. No other realist interpretation of unitary quantum theory has ever been found.

Others argue in reply that this picture of many worlds is in no sense inherent to quantum theory, or fails to make physical sense, or is scientifically inadequate. The stuff of these worlds, what they are made of, is never adequately explained, nor are the worlds precisely defined; ordinary ideas about time and identity over time are compromised; no satisfactory role or substitute for probability can be found in many worlds theories; they can't explain experimental data; anyway, there are attractive realist alternatives to many worlds.

Twenty original essays, accompanied by commentaries and discussions, examine these claims and counterclaims in depth. They consider questions of ontology - the existence of worlds; probability - whether and how probability can be related to the branching structure of the quantum state; alternatives to many worlds - whether there are one-world realist interpretations of quantum theory that leave quantum dynamics unchanged; and open questions even given many worlds, including the multiverse concept as it has arisen elsewhere in modern cosmology. A comprehensive introduction lays out the main arguments of the book, which provides a state-of-the-art guide to many worlds quantum theory and its problems.

A review by Robert Wald, published in Classical and Quantum Gravity, is here.
Here are reviews by Jeremy Butterfield, Amit Hagar and Peter Lewis. (These links may require subscription.) A more recent and detailed review by Guido Bacciagaluppi appeared in Metascience .

A popularized discussion of some of the arguments considered in the book was published in Plus Magazine here.


Other articles on many worlds quantum theory

Taking up earlier ideas of Vaidman, Sebens and Carroll have recently (2014) argued that probability in many worlds quantum theory can be understood as referring to the uncertainty that observers should purportedly feel about which branch they are in, after a measurement has taken place but before they have observed the result. Some of the (very many!) problems with this idea, as I see them, are set out in
Does it Make Sense to Speak of Self-Locating Uncertainty in the Universal Wave Function? Remarks on Sebens and Carroll


An earlier critique I wrote of earlier many-worlds ideas is
Against Many-Worlds Interpretations.


My review of Peter Byrne's interesting biography of Everett, The Many Worlds of Hugh Everett III: Multiple Universes, Mutual Assured Destruction, and the Meltdown of a Nuclear Family, is here.

With Jonathan Barrett and David Wallace, I coorganised the "Many Worlds at 50" conference held at Perimeter Institute in September 2007 to mark the 50th anniversary of Everett's original paper.

The conference details are here.

The talks are archived here. 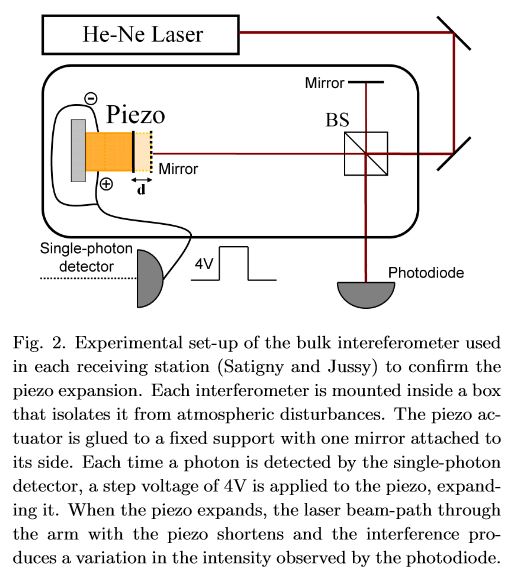 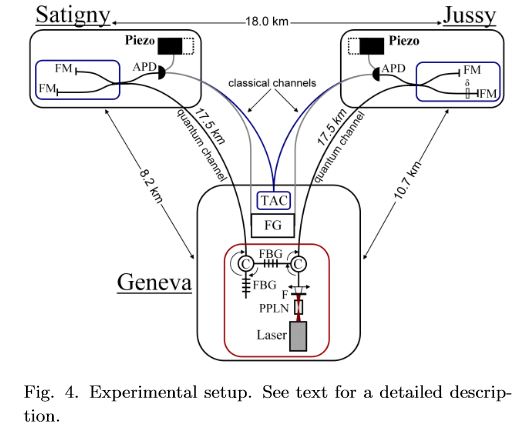 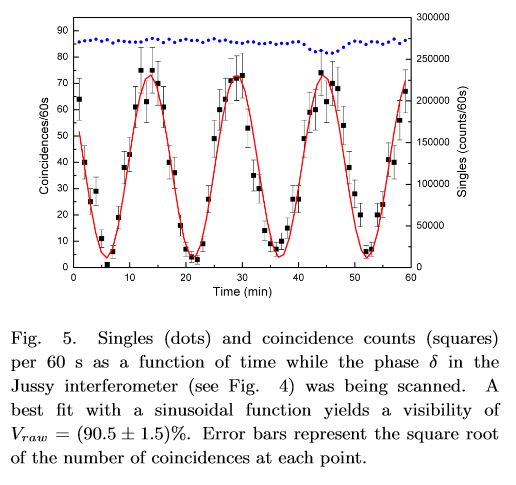 The Geneva group carried out a beautiful experiment aiming to close the collapse locality loophole in Bell experiments, described in the last paper above. In their experiment the outcomes of Bell measurements were, for the first time, macroscopically recorded in space-like separated regions by fast-moving piezocrystals. "Macroscopically" here means that matter distributions were altered in such a way that the gravitational fields corresponding to distinct outcomes are (according to guesstimates due to Penrose and Diosi) distinguishable. The experiment is described here .

With Joseph Emerson, Wayne Myrvold and Rafael Sorkin, I organized a meeting, The Quantum Landscape: Generalizations of Quantum Theory and Experimental Tests, at Perimeter Institute in May 2013. The talks and panel discussions are all video archived here. 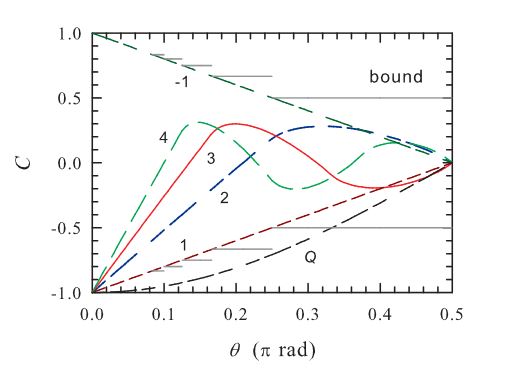 
Work on the Quantum Reality Problem

I wrote a popular account of the problems in reconciling quantum theory with a scientific account of reality, and hence with the rest of science, for Aeon magazine (published in January 2014):
Our Quantum Reality Problem


Speculative Comments on the Hard Problem of Consciousness

This preprint is among those mentioned in a BBC News article surveying recent ideas speculating on possible links between quantum theory and consciousness:
The Strange Link Between the Human Mind and Quantum Physics

I am a member of the advisory panel for the Cambridge Centre for the Study of Existential Risk.

A critical look at risk assessments for global catastrophes

The paper is discussed by Martin Rees in his book Our Final Century and by Richard Posner in his book Catastrophe, Risk and Response.
An article by Dennis Overbye in the New York Times is here.
American Mensa has a collection of references on global risk reduction and comments here.


Speculative Exobiology and the Fermi Problem 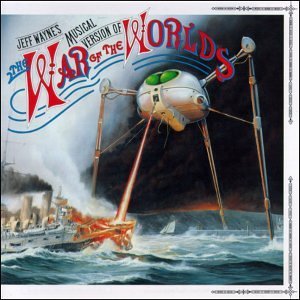 These results are central to understanding two-dimensional conformal field theories, which describe the scaling behaviour of a large class of two-dimensional systems at criticality. At the critical point, lattice models, and the physical systems they represent, have a fractal-like structure and become scale invariant. Here is an example of an Ising model critical state at various scales:

Some results on the representation theory of N=2 superconformal algebras, which also describe naturally occurring two dimensional systems (and have applications in string theory) are here.

An early paper on the ADHM construction in 4k dimensions is here. 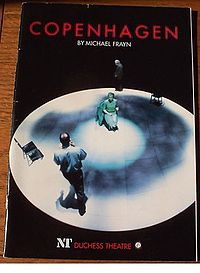 I often go along to the Cambridge Science and Literature Reading Group. A while ago I founded the Wolfson Contemporary Reading Group.


Everyone working on quantum theory who reads has to write at least one review of Michael Frayn's play "Copenhagen". Mine, published a while ago in Alternatives Théâtrales, is here.